The stench of death on Canada's Highway of Tears

In this six-part series, Al Jazeera tells the stories of some of the Indigenous women and girls who have gone missing or been murdered along an infamous stretch of highway in British Columbia, Canada.

Warning: The following article contains content that may be disturbing to some readers.

British Columbia, Canada - Mike Balczer pensively traces the rim of a white coffee cup on a frigid February morning. He takes a ponderous breath and looks up. His hair is covered by a black and white bandana and a cap. His trademark attire - black leather and black and white flannel - bear the markings that distinguish him as a nomad - a Crazy Indian Brotherhood nomad.

The Crazy Indian Brotherhood started in Winnipeg, Manitoba in 2007 and now has chapters throughout Canada and to the south as far as California and Oklahoma. It resembles a motorcycle gang, but Mike says the tough image is just for appearances. “We protect women and children around here. We patrol the streets looking out for the vulnerable.” And the uniform helps to intimidate the town’s drug dealers, he adds.

But it is not only the local drug dealers who are on Mike’s mind. He is on the prowl - looking for a killer, or possibly killers, in Smithers.

The small town in northwestern British Columbia has a population of just over 5,300 people. It is home to the remnants of settler frontiers and Indigenous nations in a valley between towering snow-capped mountains, curtained by rows of lodgepole pine, spruce, sub-alpine balsam fir, aspen, birch and cottonwood trees.

Although a confessed wanderer, Mike has called Smithers home on and off for the past 20 years. He is a member of the Wit’Dat Nation (Lake Babine Nation) about a two-hour drive east and as a hereditary chief is part of a traditional governance system responsible for decision-making and cultural practices. When he became a leader his elders gave him the name “Person of Many”.

Mike’s ancestors were self-sustaining and flourished through an economy based on inland fisheries until 1822 when missionaries arrived in the territory. By 1836 a fur-trading outpost run by the Hudson’s Bay Company (HBC) had been established at Lake Babine - the longest natural lake in British Columbia and home to the Lake Babine Nation, today the third-largest Indigenous band in the province, with more than 2,500 registered members.

The HBC was at the helm of the British colonisation of North America and allowed early white settlers to get rich off the vast resources maintained by the Indigenous tribes during the fur trade. Indigenous trappers, hunters and guides worked alongside Hudson’s Bay employees to navigate the wilderness and harvest beaver and otter pelts to ship to Europe. In return, the company traded industrial goods, guns, European food and medicine with the First Nations. HBC also introduced alcohol to Indigenous traders, many of whom became addicted to it.

With the arrival of settlers came foreign diseases like smallpox and measles that wiped out thousands of Indigenous communities across the country. In the 19th century, the Indigenous population of British Columbia was estimated to be more than 125,000. But by 1929 there were just 22,000 Indigenous people left.

In 1876, the Canadian government introduced the Indian Act - a policy that dictates the social, political, economic, spiritual and physical lives of First Nations to this day. It created a reserve system that herded First Nations onto small tracts of land in their traditional territories.

Then came the Indian residential school system which forced Indigenous parents to send their children away to schools run by churches where physical, emotional, verbal, sexual and spiritual abuse was rampant.

The Royal Canadian Mounted Police (RCMP) enforced the law and threatened parents who refused to send their children to the schools with jail time.

The Truth and Reconciliation Commission of Canada (TRC) estimates that more than 150,000 Inuit, First Nations and Metis (a person of mixed Indigenous and European or American ancestry) children attended these institutions between the 1870s and 1996, when the last school was closed.

Thousands of children died at the schools. 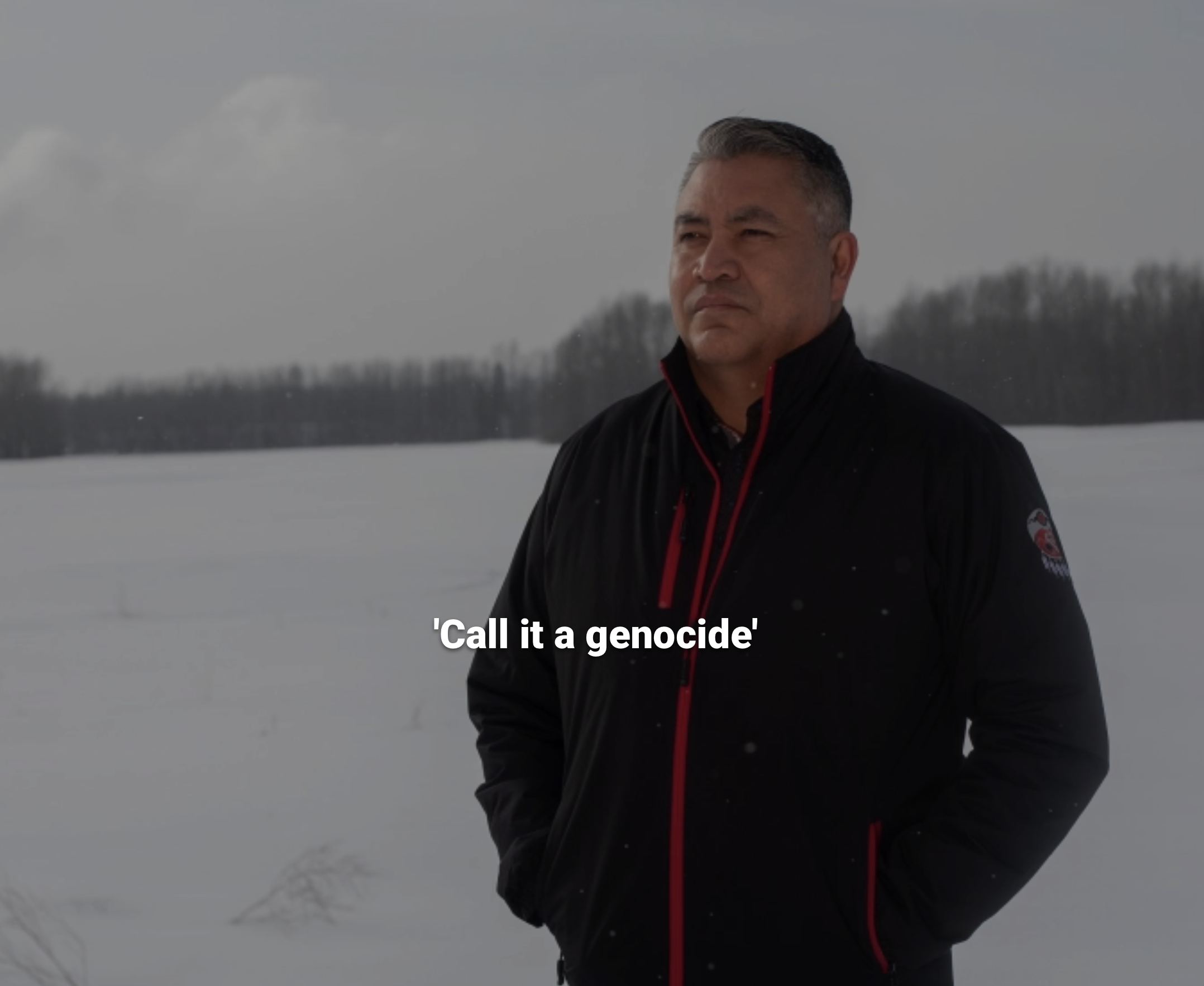