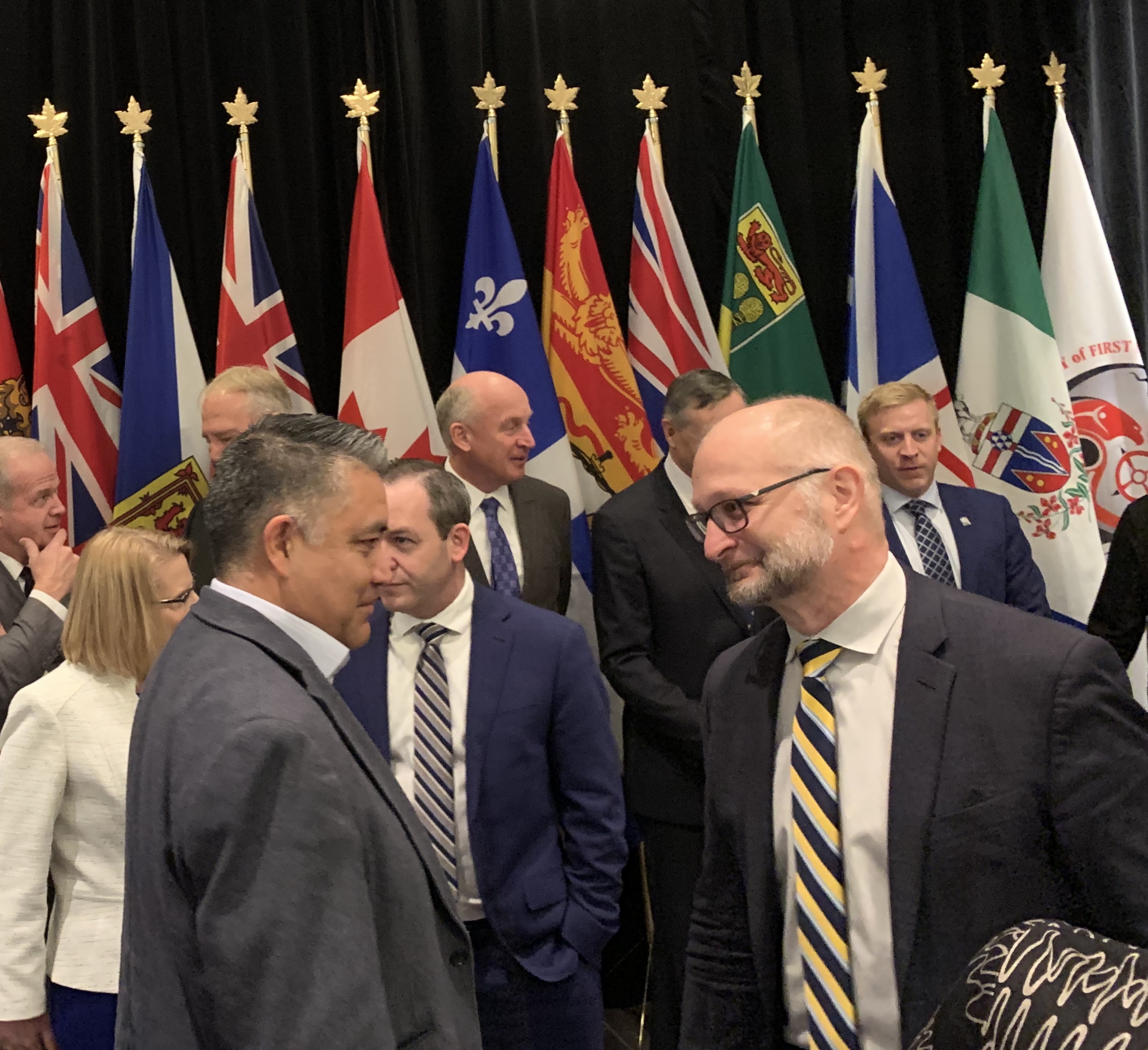 On Monday, December 2nd, the Chiefs Committee on Economic Development gathered in Ottawa for an all-day meeting at the Assembly of First Nations Special Chiefs Assembly. Regional Chief Terry Teegee chairs this national committee and welcomed new members to the table from various provinces and territories. Read more

Climate change is a priority issue for First Nations in BC and was top of mind among BCAFN staff at the Special Chiefs Assembly in Ottawa in early December. Patricia Rojas-Caro, Regional Climate Change Coordinator and Michelle Connolly, Carbon Specialist attended the Advisory Committee on Climate and Environment (ACE) meeting to support and manage the BCAFN’s commitments to this critical work. Read more

The BC Caucus led the way in calling for a state of emergency and immediate action to remove the blockage at the Big Bar Slide on the Fraser. Through a statement from the First Nations Leadership Council, we made sure we were loud and clear, with media all over the province.

Regional Chief Terry Teegee was honoured to welcome Cindy Blackstock to the BC Caucus where she gave an update on the complaint pursuant to the Canadian Human Rights Act (CHRA) alleging Canada discriminates against First Nations children by consistently under-funding child welfare on reserves. In their human rights complaint the First Nations Child and Family Caring Society of Canada and the Assembly of First Nations cited reports documenting the inequality and the impacts on children including reports issued by the Auditor General of Canada and Standing Committee of Public Accounts to support their discrimination claims.

The Federal Government has consistently challenged the jurisdiction of the Canadian Human Rights Act to deal with the complaint.

Ms. Blackstock is a Gitxsan activist for child welfare and executive director of the First Nations Child and Family Caring Society of Canada. She is also a professor for the School of Social Work at McGill University.  Read More

On the last day of the AFN Special Chiefs Assembly the BC  hosted the Yukon Caucus during the lunch break. During this time everyone came together to honour Jody Wilson-Raybould in a Blanketing ceremony. As a federal political leader she has experienced significant challenges in the past few years. She continues following her path and we lift her up and support her as she fights for truth and justice. Read more

BC Premier John Horgan Honoured
During the first day of the AFN SCA Premier John Horgan was honoured for his provincial government's commitment to implementing the United Nations Declaration on the Rights of Indigenous Peoples through the Bill 41. He was offered the gift of water, a sacred element that teaches us that we can have great strength to transform even the tallest mountain while being soft, pliable and flexible. The Blanketing ceremony featured the AFN, in partnership with the First Nations Leadership Council - Regional Chief Terry Teegee, Cheryl Casimer, First Nations Summit Executive and Kukpi7 Judy Wilson, UBCIC Secretary Treasurer. 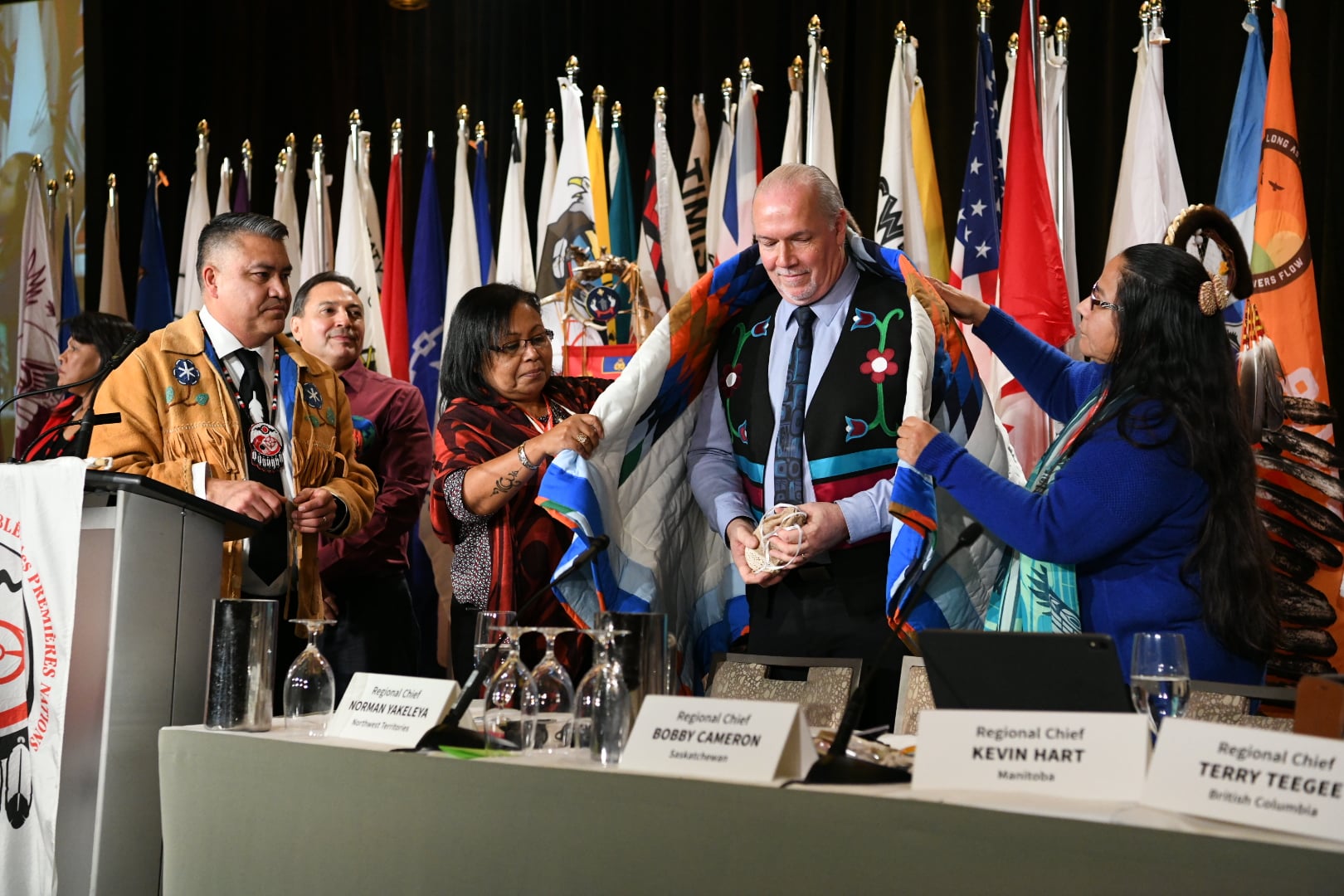 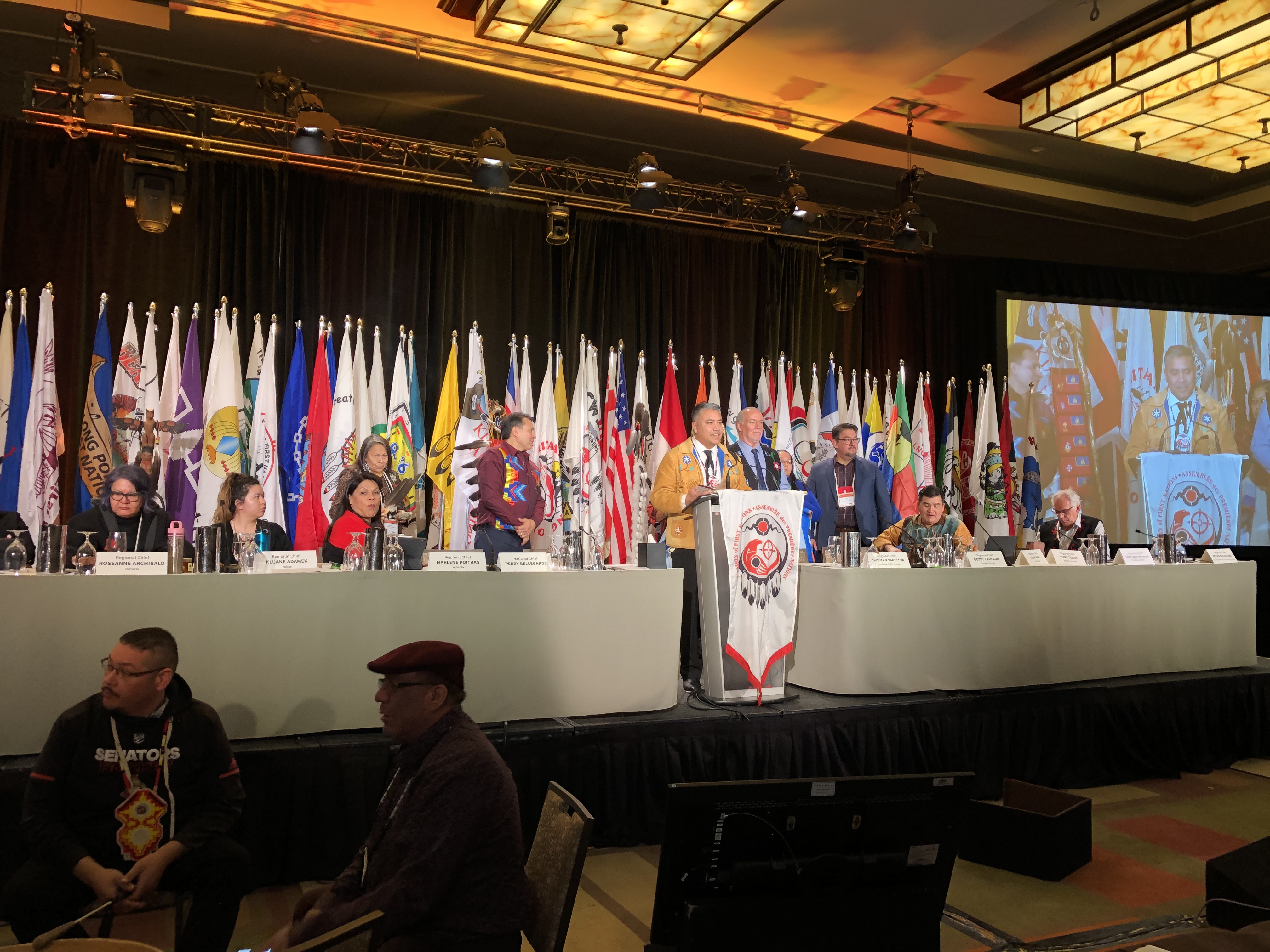