(Lheidli T’enneh Territory, Prince George BC) – The BC Assembly of First Nations (BCAFN) welcomes the new BC NDP premier, David Eby and bids farewell to John Horgan who announced earlier this year that he was stepping down.

“I lift my hands up to John Horgan and wish him all the best as he makes this major life change and focuses on his health and family,” stated Regional Chief Terry Teegee.  “Over the years, starting when he was appointed as the Official Opposition critic, we were able to forge a strong and positive relationship.”

During his first term as premier, in the spring of 2018, John Horgan and Minister Scott Fraser visited the Regional Chief’s home community, Takla Lake First Nation.

“This was a pivotal moment in time when First Nations and provincial leaders were able to come together on the land and share their hopes and dreams for a mutually beneficial future,” continued Regional Chief Teegee.”

The highlight of the former Premier’s tenure was the passing of the historic Declaration on the Rights of Indigenous Peoples Act in November 2019. With this framework, the political and social landscape in British Columbia is becoming transformed and the spirit of reconciliation grows as First Nations’ title and rights are upheld under the UN Declaration Act. Horgan and his governments’ bold advancements continue to resonate across the nation, and the world, in the efforts to achieve full respect for Indigenous title and rights.

“There is much more work to be accomplished as we address the devastating impacts of colonialism, especially the inter-generational trauma of the residential school system. I feel confident premier David Eby will continue to advance reconciliation in a timely and meaningful manner,” noted Regional Chief Teegee.

David Eby was sworn in as BC’s 37th premier on Friday, November 18 at the Musqueam Community Centre in Vancouver.

As part of a three day visit to Northern BC, Premier John Horgan and Minister Scott Fraser visited with Takla First Nation.

Photograph from BC Gov 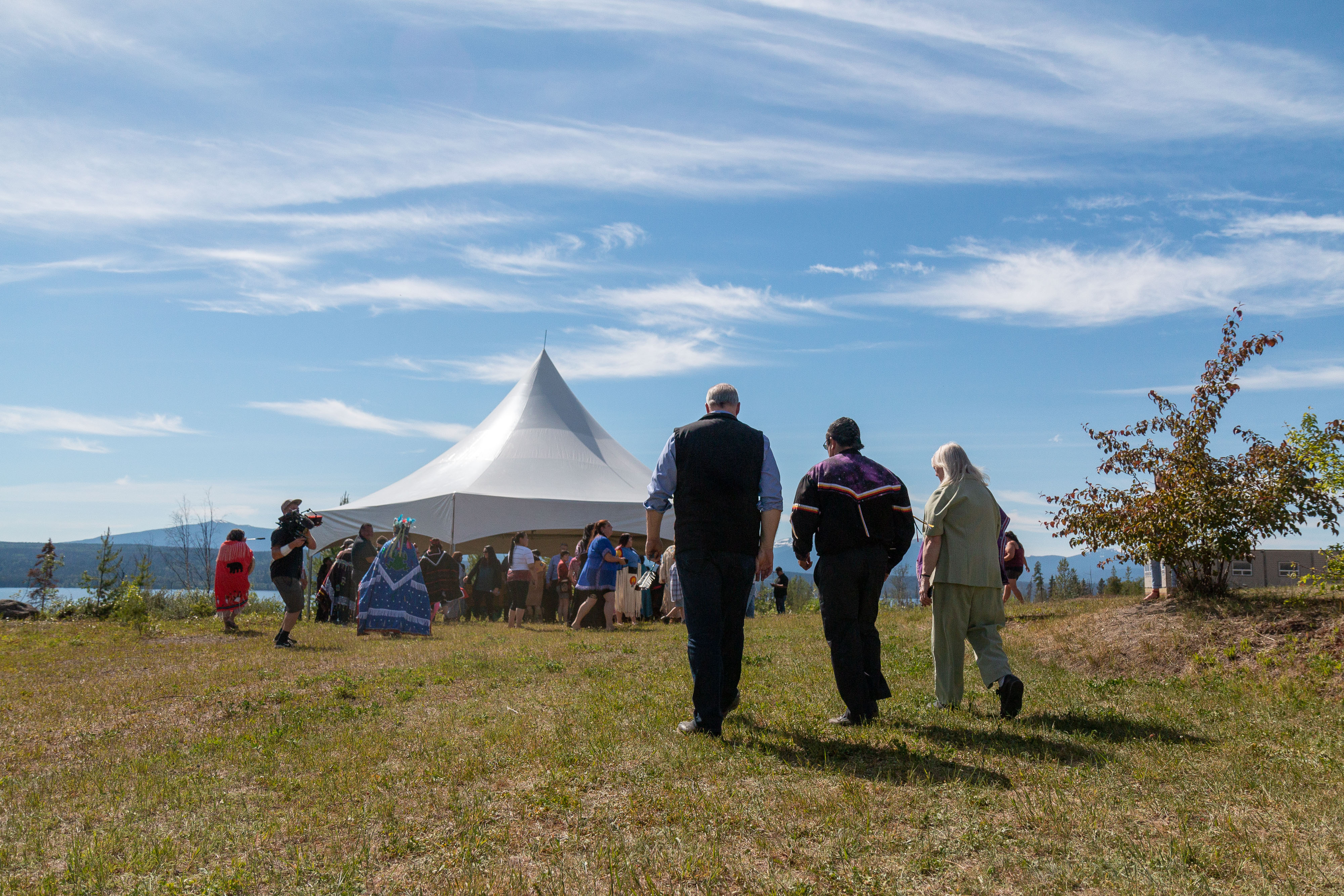