On July 5, during the Assembly of First Nations (AFN) Annual General Assembly at the Vancouver Convention Centre, BC, The Doctrine of Recovery will be premiering.  A documentary headlined by Academy of Canadian Cinema & Television award-winning actor, Crystle Lightning (Enoch Cree First Nation).

The release of The Doctrine of Recovery coincides with Pope Francis’s visit to Canada, when the Holy Father is scheduled to meet with a handful of First Nations’ communities following his initial apology for the Catholic Church’s central role in the Residential School atrocities that continue to traumatize First Nations people. 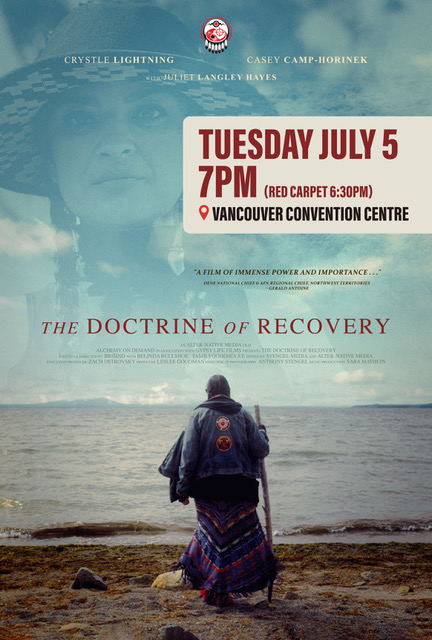