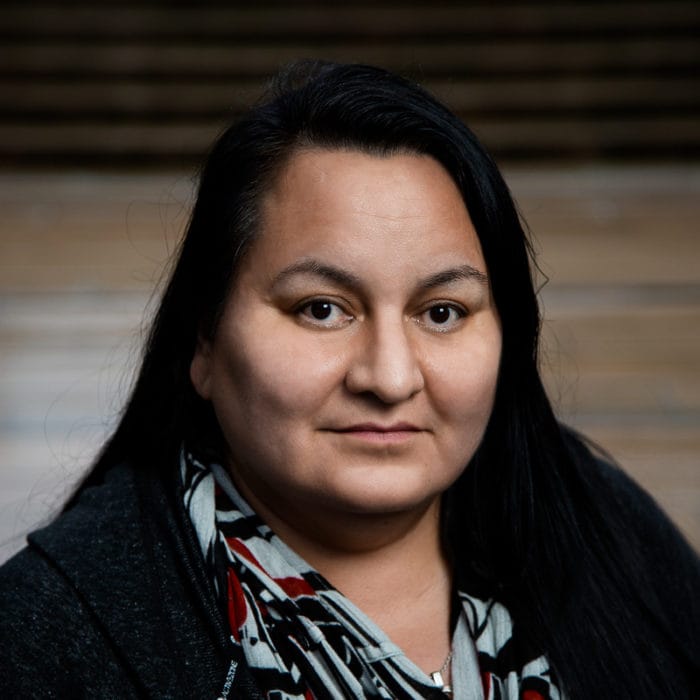 Vanessa is a member of the Lheidli T’enneh First Nation and had served as an elected member of Council from 2001 to 2009 and from 2015-2019. She previously worked as the Treaty Office Manager for the Lheidli T’enneh Treaty Office for nine years from 1998-2007. Prior to taking on the role of Chief of Staff for the BC Assembly of First Nations, she worked with Positive Living North, an Aboriginal HIV/AIDS non-for-profit service organization, transitioning her career from First Nations politics to the social services field. Initially managing the street-level HIV/AIDS/HCV Prevention Program, the Fire Pit Cultural Drop-In Centre in 2007, she then moved into the role of Executive Director, which she held from 2008 to 2018.

To expand her knowledge and understanding around addictions and street- involved populations, she began working for the AIDS Prevention Program/Needle Exchange in Prince George from 2008 to 2013 as an after-hours Intake/Support Worker. During this time, Vanessa also volunteered as a Board Member for the Canadian AIDS Society and served two terms with this national organization.

Vanessa is the proud mother of three children, Jordan, Alexandria and John-Michael. She currently lives in her community with her partner of ten years, Randy, and joined the BCAFN team in April 2018. 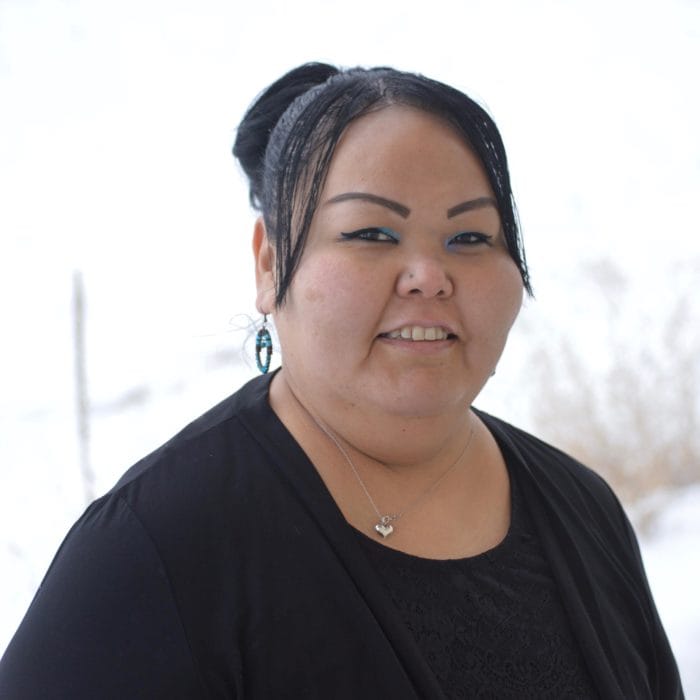 Victoria is Gitxsan/Wet’suwet’en from the village of Hagwilget. She is Gilseyhu from the Yikh Ts’iwit’an House and has a matrilineal link to Stellat’en First Nation. She has resided in Prince George for twenty-one years and has been working with First Nations in the central interior for the past nineteen years.

Victoria has found it to be a great experience to work for the BC Assembly of First Nations under the leadership of Regional Chief Terry Teegee and is proud to be part of a team that is making progress and advancing BC First Nations rights and title. 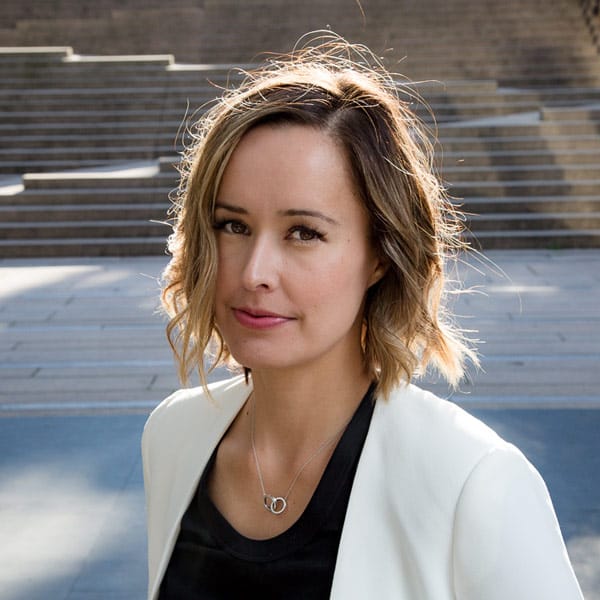 An Anishinaabe from Bearskin Lake First Nation in Northern Ontario, Maureen has over 15 years of experience working for First Nations Political Organizations. She has a Master of Arts in Indigenous Governance from the University of Victoria as well as an Advanced Bachelor of Arts in Political Science and Government from the University of Manitoba.

Maureen was formerly an Associate Faculty Member at the University of Victoria and has worked as a Policy Analyst and Specific Claims researcher for the Union of BC Indian Chiefs (UBCIC). Other experience includes research work for various organizations including the Assembly of Manitoba Chiefs, Nicola Valley Institute of Technology, and Musqueum Nation.

As co-founder of Sparrow-Grant Consulting, Maureen has provided policy, political, and strategic advice for a number of BC First Nations. A proud mother of two, Maureen currently resides on Musqueam Territory. 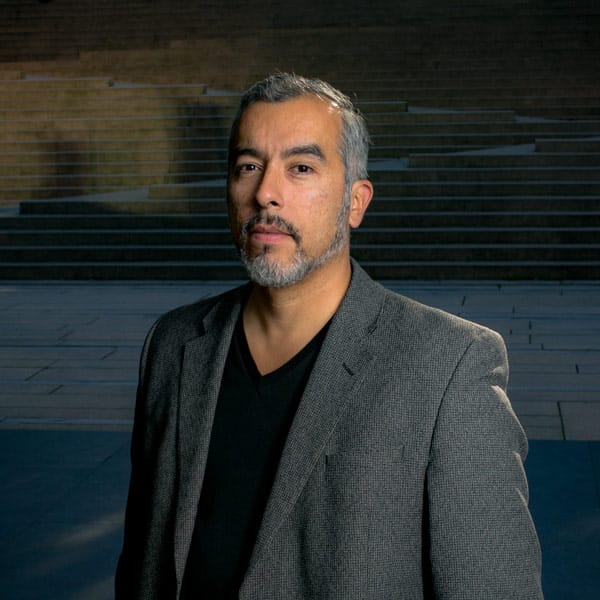 Jaime has spent over 10 years working with First Nations in BC focused on building capacity, policy and strategic advice, natural resource management and negotiations with the Crown and industry. Some of his accomplishments include establishing a centralized mapping office, providing certified aboriginal land use planning training, co-designed and delivered a First Nations Referrals Officer Program, as well as assisting with multi-million-dollar negotiations for energy projects and reconciliation agreements.

As a first-generation Canadian living with his two sons in Snuneymuxw territory (Nanaimo), Jaime is passionate and dedicated to being part the reconciliation needed in Canada. His own family was displaced due to the military dictatorship in Chile in the 1970s, which has informed his drive and passion for seeking solutions to conflicts and restitution of historic wrongs. 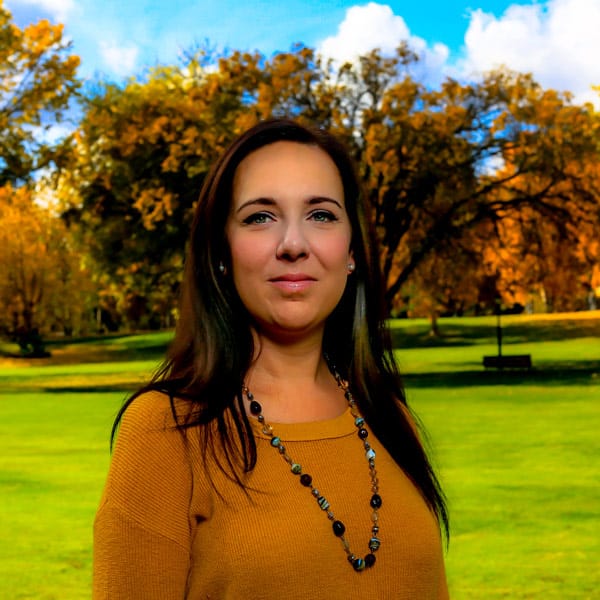 Melanie is a Certified Professional Accountant (CPA, CA) and a member of Katzie First Nation in Pitt Meadows, BC but grew up on Katzie IR#2 in Langley, BC. Katzie is a part of the linguistic family that is the known as the downriver dialect of Halkomelem, the language shared by the peoples residing on the rivers and shores of the Salish Sea. q̓íc̓əy̓ means “the land of the moss,” and is also the name of the village site on the Fraser River near the present day community of Port Hammond. 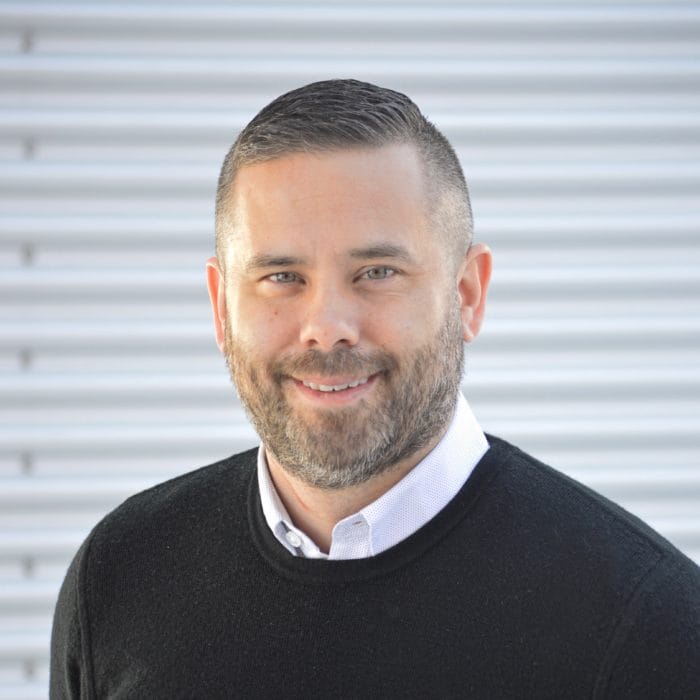 Derek has spent the last twenty years working for non-profit Aboriginal organizations. Six years of this time was dedicated to engaging Aboriginal people and communities to restructure child and family services. listening to experiences and opinions to transform the way these services could be provided. He spent another six years working with a delegated aboriginal agency in different roles. Furthering his work in Community Development, Derek completed an MBA in Indigenous Business and Leadership and has completed a number of roles and projects that enhance the capacity of the economic landscape.

Derek is an elected Councillor for Skowkale First Nation, and holds the Health, Education and Child and Family Services portfolios. Prior to his move into politics, Derek sat on the Board of Sto:lo Service Agency as part of the first non-political group overseeing the agencies operations. He currently lives on Skowkale First Nation with his wife and three young daughters. 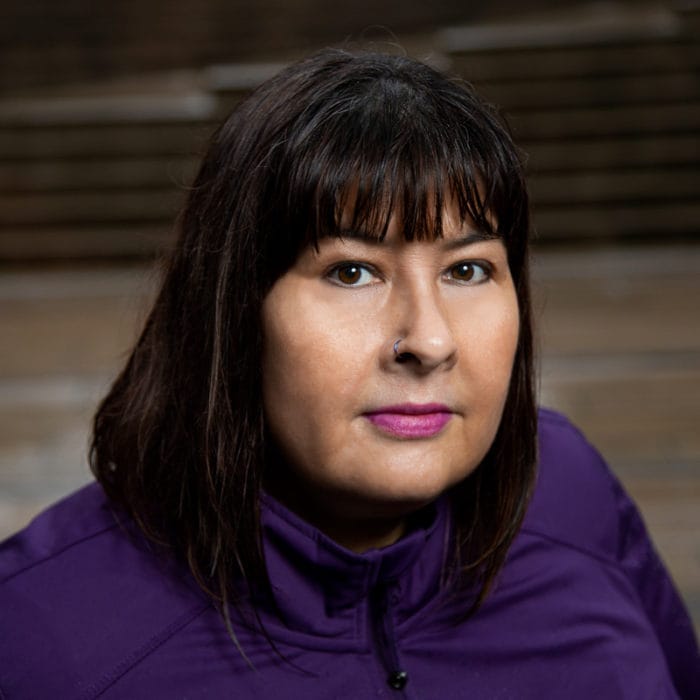 Annette was born to Anishinaabe and German parents in Prince George, BC and is a member of the Muskrat Dam First Nation located in northwestern Ontario. Most recently she worked for the Carrier Sekani Tribal Council as the Communications Coordinator and has also worked with First Nations communities in northern Ontario in a liaison capacity. Annette has a Master of First Nations Studies and Bachelor’s Degree in History and Antrhopology from the University of Northern British Columbia. She also holds a Bachelor’s of Design from Emily Carr University of Art & Design. 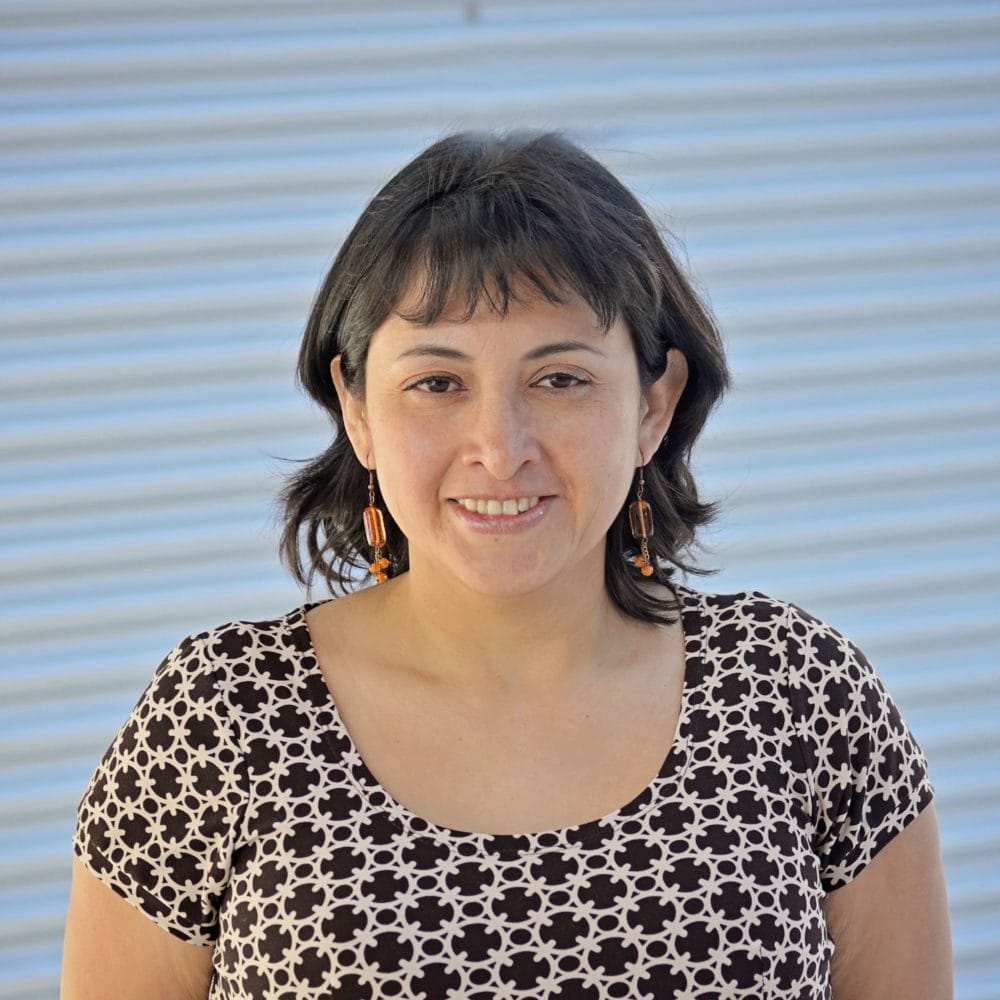 Patricia is the BCAFN’s Regional Climate Change Coordinator. She has worked for over 15 years with indigenous peoples focusing on the protection of collective rights, social and environmental justice, and self-determination.

Patricia is a first-generation Canadian from Peru, and her extensive work experience has been primarily in Latin America and Europe. She is passionate about climate and social justice for indigenous peoples and believes that these are intrinsically linked. She is excited to work for BC’s First Nations because she believes that indigenous peoples’ values, knowledge and systems of governance are essential to address climate change. 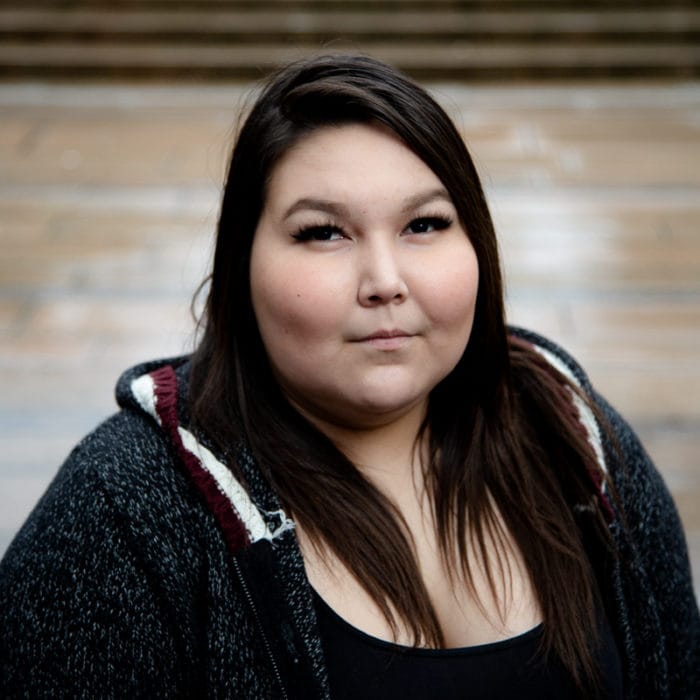 Samantha attended school at Kelly Road Secondary and graduated in 2015. Her goal is to acquire more knowledge in administrative duties and further develop a work ethic that will benefit herself and her community. 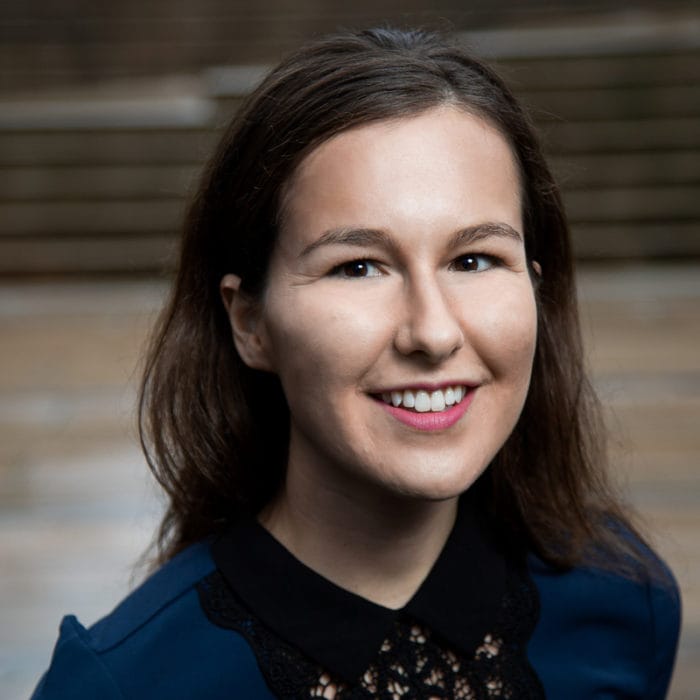 Sarah brings years of research experience, as well as skills in policy analysis and community engagement that she gained through the University of British Columbia’s Master of Public Policy and Global Affairs program. She also holds a Bachelor of Arts (Hons) in Psychology from the University of Manitoba, where she attended school in her home province before moving to Vancouver.

Most recently she participated in research on impact assessments and decision-making processes in Canada, and renewable energy applications. Sarah enjoys being active in her community and learning from others. Her aim is to make a valuable contribution toward the goals of BCAFN and develop skills to continue serving our communities in the future. 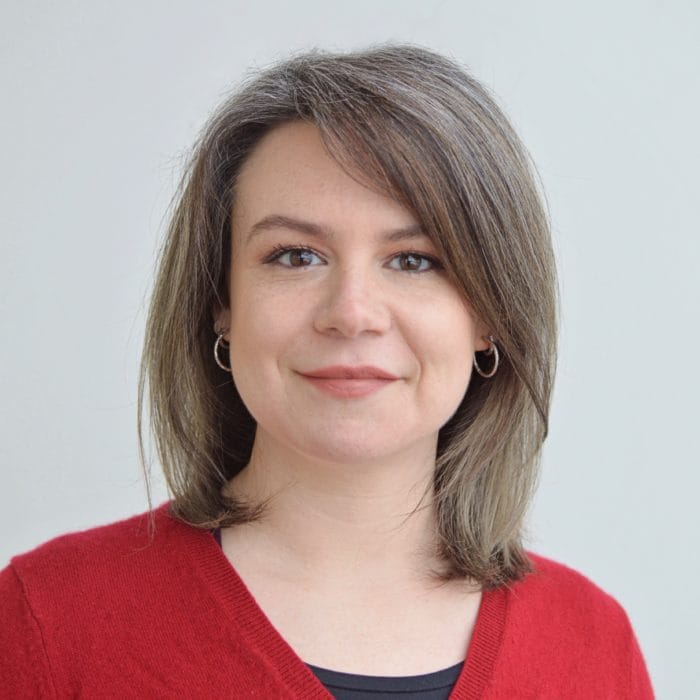 Emmy brings 13 years’ experience that has encompassed a variety of roles across the public sector, including working within the Crown Corporation and the federal and provincial governments. Her area of expertise is building trust and productive relationships between governments and First Nations by developing and leading both strategic and operational initiatives. Her focus is building partnerships with various levels of government, industry, and First Nations communities on collaborative governance; and creating mechanisms that support First Nations’ communities to incorporate their cultural heritage, traditional knowledge and laws into natural resource management. Emmy has led meaningful and innovative engagement processes that lead to improved relationships, developed programs and policies, and has a depth of experience providing strategic policy and communications advice to advance reconciliation objectives between Indigenous communities and the province.

In her work with BCAFN, Emmy applies her nine years of post-secondary education, which focused on political and social factors related to Indigenous language shift and language loss, the interrelationship between policies and laws and the ongoing reconciliation processes between Indigenous communities and governments, and developing culturally competent dispute resolution processes. She holds an undergraduate degree in linguistics with a focus on Aboriginal language revitalization; and a Masters of Arts in dispute resolution from the University of Victoria which provides the theory, tools and tactics necessary to analyze conflict and facilitate the development of shared interests in multi-party negotiations in cross-cultural settings.

As a mixed-heritage woman with settler and non-affiliated Cree ancestry, Emmy is grateful to be living on the unceded territory of the Lekwungen-speaking Coast Salish peoples. 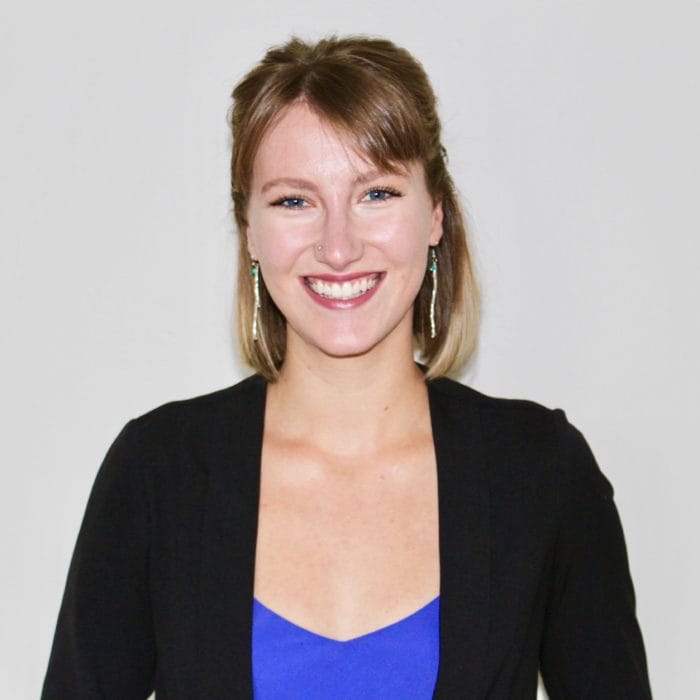 New to BCAFN, Maggie is a second-generation Danish settler, raised on Erie, Neutral, Huron-Wendat, Haudenosaunee and Mississaugas territories. She holds a Bachelor’s Degree in Economics from the University of Guelph and is currently working towards a Master of Environmental Studies degree from Wilfrid Laurier University. Her experience has involved partnering with Indigenous communities in Northern Ontario and the Northwest Territories to assess food security improvement projects, environmental quality and financial feasibility studies using two-eyed seeing approaches.

Maggie currently resides on Musqeaum Territory and looks forward to contributing to BCAFN’s objectives in the capacity of Economic Development Policy Analyst. 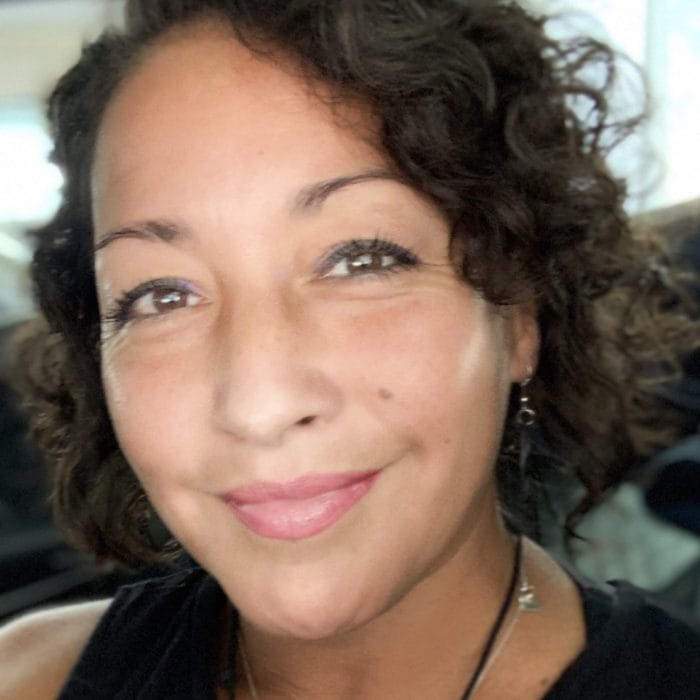 Joanna is a member of Nak’azdli Whut’en First Nation and has worked with indigenous groups and people for the last 23 years in a variety of roles that include administrative positions, an intake worker for family support, resource social work, aboriginal group home support worker, aboriginal child in care liaison, office management, and event coordinator. She brings with her a wealth of knowledge related to social issues and stigmas that Indigenous peoples have experienced on and off reserve, particularly related to youth.

Joanna has also worked in a variety of physically demanding jobs such as tree plant nursery work, residential frame carpentry, and collecting pine seeds in the forests in Northern BC. 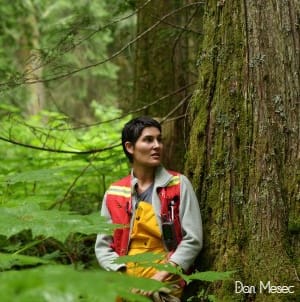 Michelle has a background in forest resilience and climate change and has implemented and overseen the strategic plan for a climate solutions research institute for the last four years. Michelle’s research and high-level coordination skills have also been applied to protected areas planning and the conservation of species at risk.

She has worked with governments, communities, academia, non-governmental organizations, practitioner and professional networks and is working with the BCAFN on a climate change-related project. Michelle lives and works in the territory of the Lheidli T’enneh and is the daughter of immigrants from Ecuador and Ireland.