The climate emergency endangers the security and way of life of Indigenous peoples throughout British Columbia and the world. The effects of the warming climate, such as rampant forest fires, flooding, drought, and elevated air and water temperatures, are impacting First Nations, their traditional territories and food sources, and ways of being that have been practiced since time immemorial.

The BC Assembly of First Nations, as part of the First Nations Leadership Council, strongly advocates for First Nations in BC to be true partners with the Provincial and Federal Governments to tackle the climate emergency. This approach is consistent with the United Nations Declaration on the Rights of Indigenous Peoples and respectful of First Nations’ inherent Aboriginal Title, Rights and Treaty Rights. 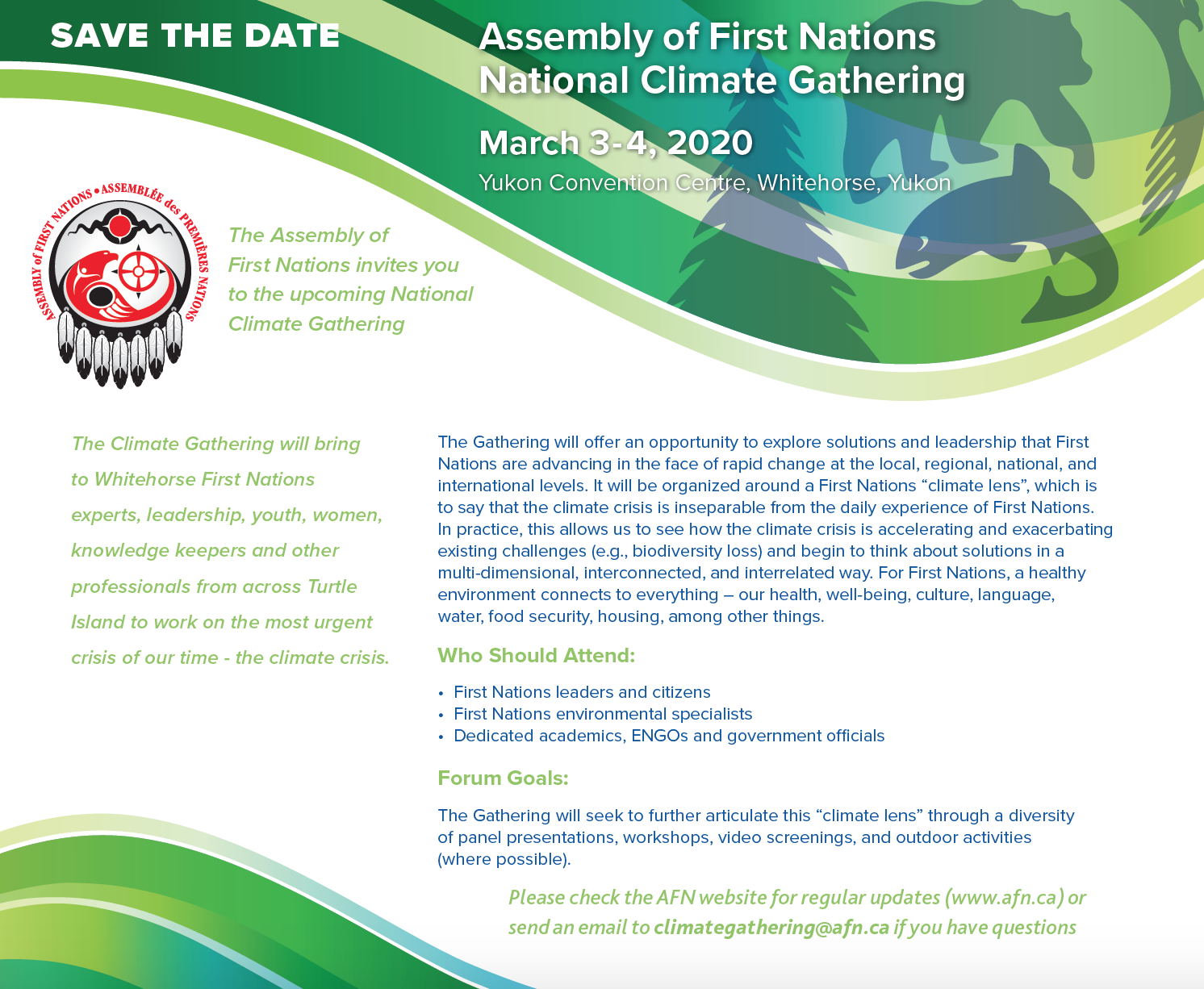